MOLLIE King looked stunning as she showed off her growing baby bump in a cream dress as she arrived at the BBC studios.

Mollie, 35, showed off her burgeoning bump in a summer dress.

She looked stylish as ever as teamed her frock with a tan jacket.

The singer kept her look casual in a pair of white trainers.

She completed her day-time look with a black and tan bag. 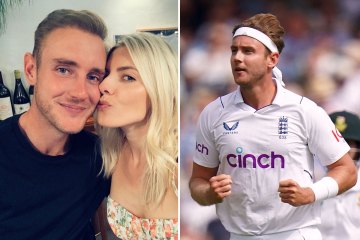 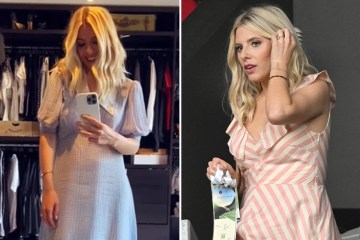 The star revealed last month that she’s expecting a baby with her cricketer boyfriend Stuart Broad.

Mollie told fans: “Dressing the growing bump over the past few months.

“Long gone are the days of tight jeans!

“So far I’ve mostly been sizing up in my clothes, and wearing anything super stretchy, and below the bump! But a few weeks ago I bought my first batch of maternity pieces.

“I can’t wait to see what’s out there for when the bump gets bigger!”

Carol Vorderman, 61, reveals incredible curves as she strips to just a TOWEL

Mollie escribió: "Stuart and I are so so happy to share that we’re expecting a baby later this year! We’re absolutely over the moon.”

Her bandmates rushed to congratulate her with Rochelle Humes escritura: “Best news ever.”

Mollie’s BBC Radio 1 co host Matt Edmondson escribió: “Congratulations guys. What a beautiful picture. That baby has no idea how lucky it is to have you both as parents. ❤️ ??."

Sports star Stuart got down on one knee on New Year’s Day in 2021 while out for a walk with their dog on Richmond Hill after nearly three years together.