THE QUEEN’S ‘favourite grandchild’ Lady Louise Windsor was seen clasping her mum’s hand today as royals put on an emotional display in Balmoral.

Well-wishers crowded outside the royal estate as the Queen’s grieving family attended a service at nearby Crathie Kirk church.

Lady Louise, who has been dubbed the Queen’s ‘favourite grandchild’ by royal insiders, was seen emotionally holding the hand of her mum Sophie, Countess of Wessex, as they greeted crowds of mourners.

While King Charles III, Queen Camilla, Prince William and Prince Harry have all already travelled back to London, several other members of the royal family stayed in Balmoral.

Those still in Scotland attended a memorial service today at Crathie Kirk church, which was a favourite of the Queen during her numerous trips to her Balmoral estate.

Lady Louise was joined at the church service by her mum Sophie, dad Prince Edward, and the Queen’s daughter Princess Anne. 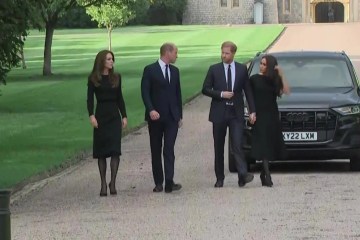 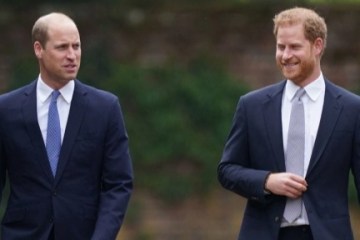 Anne’s children, Zara Tindall and Peter Phillips, were also there to pay their respects along with Princesses Beatrice and Eugenie, who broke down in tears as she read a tribute to her beloved grandmother.

The devastated Princess was comforted by her dad Prince Andrew, who broke cover to attend the service.

The Prince thanked the public for their support as he proclaimed “now we start the process of handing her on”.

Andrew was seen waving to onlookers as he led a convoy of black Land Rovers to the nearby chapel.

The grieving royals looked solemn as they arrived for the service, where they were greeted by well-wishers as they thanked the crowds for their support.

As they turned to wave goodbye to the waiting crowds, the ‘Queen’s favourite’ Louise could also be seen looking emotional as the family mourns the passing of the Queen on Thursday.

After the memorial, the family paused to look at flowers and tributes left for the beloved Queen at the gates of Balmoral.

The family pilgrimage today came as King Charles III was formally declared as Monarch at St James’ Palace in London.

A Royal source previously told The Sun: “The Queen loves the fact that Louise and James relish their time at Balmoral, and she has become particularly close to Louise, who seems to have become her favourite grandchild, closely followed by James.”