Sure enough, Shirley Ballas, Craig Revel Horwood, Anton Du Beke e Motsi Mabuse put on their gladrags this week to tape the glitzy bash, which this year features the likes of Larry Lamb and Girls Aloud’s Nicola Roberts in a one-off contest.

Asked what she’d like from Santa, ela disse: “The biggest present for me would be my son actually arriving at my front door. 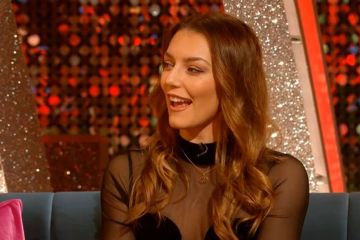 Ela disse: “The worst was a fitness package, but my best-ever present has to be my [object Window].”

Anton, who is no longer tied up in rehearsals as a Strictly professional, disse: “In the last couple of years pantomimes have been a new addition to my Christmas.

Não se preocupe, Anton, one day it’ll all be behind you!