I have to start with نورويتش, who mounted the old up-and-down seesaw on the downward path into the Championship. 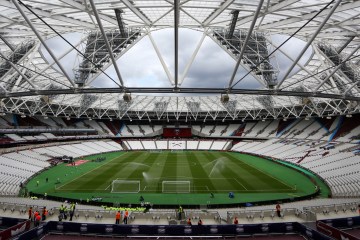 The Latics dropped from the Premier League into the National League in 30 سنوات, the first club to do so.

Naturally, the lamenting fans blame owner Abdallah Lemsagam. It goes a lot deeper than that.

Dover notched another depressing record, على فكرة, with just one point to show for their season’s work after having 12 deducted.

Points deduction is a questionable punishment. أولا, players are being blamed generally for sins they did not know they had committed.

Second, points earned on the field should stay on the field and, الثالث, because blameless supporters are also being penalised.

Derby suffered two heavy fines and were docked 21 نقاط, a number that left not so much a mountain to climb as trying to clamber up it blindfold wearing carpet slippers.

Former owner Mel Morris tried his best and went close to ruining himself. لكن, instead of longed-for promotion to the Premier League, it’s off to League One.