Strictement fans complained its spin off show on BBC2 had technical issues meaning there was a sound delay during the interview. 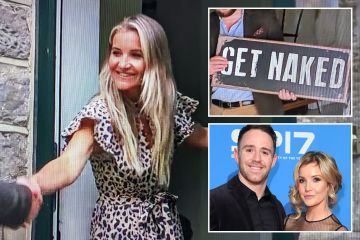 Fans flocked to Twitter to talk about the ‘awkward’ entrevue.

L'un a dit: “I love that technology exists to talk to astronauts in space, but getting a video feed from Helen’s farm without technical issues and a massive delay is impossible.”

Une seconde a dit: ““Is anyone else finding this interview really awkward with all these silences?”

Helen also addressed it, en disant: “Listen the three second delay is the least of your problems you’ve got horses, cows and bulls that could break free at any second.”