The Love Island star was forced to quit jungle after just 24 hours.

Olivia, 31, left to deal with a medical issue and couldn’t return as she would have broken the show’s strict Covid bubble, with ITV bosses feared she could potentially infect the other contestants with the virus.

He said: “George assumed that Olivia and I had known each other for years because within 90 seconds of him meeting me and her on the beach she was making remarks me and taking the pee. He was like ‘how long have you two known each other?’ We were like… ’20 hours…’ 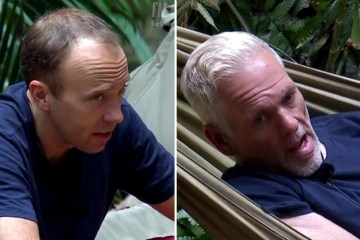 “Oh my god, we feel so bad for her because she got all the way to camp and didn’t stay the night.