HIS debut album Without Fear topped both the UK and Ireland album charts and launched the Irish singer songwriter to the world.

Three years on and Dermot Kennedy is back, loving being back on the road and playing live with new album Sonder released next week. And for the 30-year-old, it’s about keeping it real.

“For me it’s always been about credibility,” he tells me from his hotel room in Newcastle, just hours before his acoustic gig at the city’s Boiler Shop on Tuesday. His arena tour starts next April.

“It’s always been about making the best music I can. I’m not trying to hamper my own progress in any way.

“I don’t want to get in the way of where certain songs like (recent single) Kiss Me could take me. 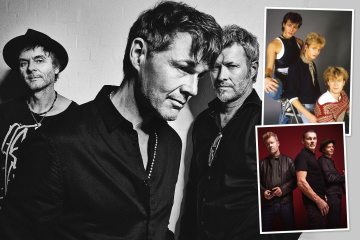 Fame I had was impossible for any one to deal with, says A-ha’s Morten Harket 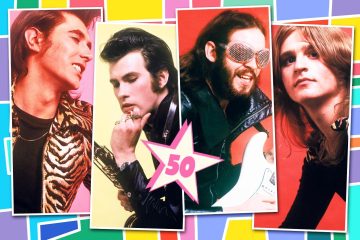 “I do want to play stadiums and I’m not shy about that. I’m always trying to juggle that kind of ambition versus my own humility and integrity.”

So there’s no chance of seeing the singer in the jungle on I’m A Celebrity . . .  in the near future?

‘I play shows to connect with people’

“Definitely not,” he laughs. “I have a decent head on my shoulders as to what’s OK and what’s not. I’ve met people I admire like Dave and Finneas but it doesn’t faze me.

“I wouldn’t say success has really changed things for me personally. I’m not the type to be in LA, or in New York and go to parties. I’m not a networker.

all they have to give

Backstreet Boys bring the nostalgia – and tears – during London gig

“While I love meeting new people, I know who my best friends are. And I’ve been the same since I was a child. I will never change.

“When I’m home, my friends or parents don’t ask me anything about music. We’re just normal and I’m very grateful for that.

“And that’s why I gave the album the title Sonder — it made sense for me to take the weight off my own shoulders.

“My music is not about me, and I don’t want to be a celebrity. I just want to share this album with people and make them feel better.”

Meaning “the realisation that everyone has a story”, Sonder is something that has appealed to Kennedy for a while and became the perfect title.

He says: “I’m in an industry where it’s celebrated to be all about yourself. You’re constantly thinking about your own goals, achievements and your own story and journey.

“For me, my fans’ stories are as important as mine and that’s why I don’t necessarily talk too much about the meanings of songs because I don’t want to cloud how someone else interprets it for their own lives.

“What really strikes a chord with me is that someone in the crowd could have a story to tell that’s just as important as mine.

“Like with the song Divide — it’s about today’s times but not in a Bob Dylan way — more a song to give light relief or escapism. Music is important to make people feel better in difficult times. That’s important to me and inspires me to keep making music.”

It’s Kennedy’s ability to capture emotion and vulnerability in his songs and bring them to life with his incredible voice that makes him so unique.

Seeing him perform live is an unforgettable experience. The singer has also topped more than four billion streams across music platforms and was nominated for Best International Male Solo Artist at the Brit Awards in 2020.

And his new music is set to achieve more accolades for the footballer turned singer.

‘Proud how dynamic the album is’

“I’m very proud of this album and how dynamic it is,” he says. “I feel like I’m in a position where I do what I like musically. I love the acoustic side of my music but there’s a more fleshed out and bigger arrangement to my new songs.

“For those to live side by side especially when I play live, makes me happy.”

Better Days and Kiss Me have had huge radio airplay and are fan favourites at his live shows.

He says: “One of the first times we played Better Days live was at TRNSMT festival in Glasgow and it was wild — you could tell the crowd hadn’t been to a show in a very long time.

“It immediately became a song about the last couple of years, despite that not being where it came from. When I write songs, I hope they’re a temporary remedy for people that are finding life difficult.”

As for Kiss Me, a song he wrote with Dan Smith from Bastille, Kennedy says: “It’s probably one of the best songs I’ve ever written. In terms of lyrics and the way that it’s structured and the melody. It’s got a big pop arrangement around it and sounds fantastic when I play it stripped back and acoustically. Then in the full band show it’s something special. I’d say potentially it’s the best song I’ve ever made.”

Other highlights on Sonder include autobiographical Dreamer and poignant ballad Innocence And Sadness — which some fans are calling his best-ever song.

He says: “I wrote that one on my parents’ piano and it’s coming across as being quite powerful live. And the hip hop influences found its way into the production with that song. I’m so pleased with it.”

And the change in sound for Kennedy is matched with a change in hair colour for the singer who sports a new purple tint on Sonder’s cover artwork.

He laughs: “The colour matches the music — though huge upkeep — it’s nice to be part of a new colour palette.”

Laid back and taking everything in his stride, Kennedy isn’t one of those pop stars who moans about his work.

He says: “There isn’t a day that I don’t love what I do. I get to be in the studio making music or I’m playing shows to people — making and playing music is my favourite thing in the world, so I never have to pretend or force myself.

“It’s always enjoyable. And even when I’m exhausted or missing out on friends’ birthdays or weddings, I deal with it.

“There are certain things that I sacrifice but I think people understand that.

“This isn’t just a hobby for me. I’ve been doing this for 15 years now and so anyone close to me really understands that I have chased it desperately for a long time.”

Kennedy has never been workshy and got his break in music through years of busking, and has recently returned to the streets to busk on his Sonder Street Sessions.

The artist is keeping busy until his new album is released.

“Busking is a great way to connect with people,” he tells me. “And I’ve been far more open and honest with this new record and am open to how people will see themselves in these songs.

“I love the fact I can play the big venues and then the next day stand on a bench, busking in the park. I love both worlds.”

Looking after his unique voice and his health is something Kennedy has put more focus on with success.

He says: “Touring is complex and can be insane, especially those huge tours. They’re not always sustainable.

“You’ll find yourself working on your days off and after the pandemic, to go straight back into that lifestyle, it can choke you.

“If I had to pin down one silverlining for the pandemic, it’s that I got to take stock of everything. I look after myself physically and look after my singing.

“My vocal technique has improved massively and I’m much more capable of putting on a show and physically be ready for it.

“I always try to find time to get away even when I’m on tour.

“I will try and play football or, like earlier today, I find time to walk around for the first time in a while.

“I just spent a few hours wandering across the Moors for two hours by myself, making a bunch of weird noises to try to warm up my voice. it’s important to let your mind have some space.

“I’m not one to be partying — though you can’t be too strict. I need some fun and so I let go, but I’m disciplined. I like to believe I haven’t made any serious mistakes so far.

“I admit I’m a workaholic but I’m focusing on having a balance of music and real life in the coming years. Same with social media — I don’t look at my phone too much. I try and stay away from what people think about me.

“Social media can be fantastic as you connect with fans, but you have to be careful as people have opinions that are unfounded and irrational.

“Seeing that negativity is not helpful in any way, so I do keep my distance. I keep a protective bubble around myself.

“I look at someone like Ben Howard, who became so enormous then kind of retreated, which is fine.

“I might do that if things ever get too much but at the moment I’m enjoying it all.”