THE weekend heatwave has kicked off with a glorious day of sunshine as an “extreme” Amber warning remains in place.

Temperatures are set to climb into the mid-30s in much of England over the coming days, with most areas becoming very warm or hot.

Na média, the mercury will remain in the mid-20s for the last working day of the week, before rising to around 35C (95Foxy Jacks) in southern, central and eastern areas of England by Tuesday.

The Met Office has issued an “âmbar” extreme heat warning for much of England and Wales from Sunday until Tuesday.

Britain has basked in sweltering temps this week, leading the UK’s Health Security Agency Heat Health Alert to reach Level 3 – which means that temperatures are likely to have a high impact on public life.

Tuesday is likely to be the hottest day, with the potential to top the UK record temperature of 38.7C (101.7Foxy Jacks) set in Cambridge in 2019, forecasters said. 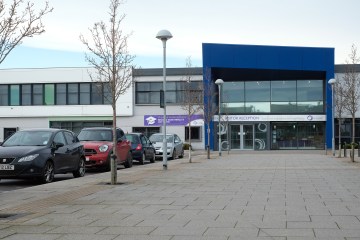 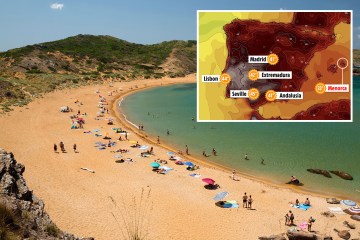 The warning says the weather could cause health problems across the population, not just among people vulnerable to extreme heat, leading to potentially serious illness or danger to life.

The NHS facing a “surto” in demand from heat-related admissions as hospital services face pressure from the heat.

Avanti West Coast has warned their train services may be cancelled at the last minute.

Residents of the South and South West can expect warm sunshine while outbreaks of showery rain moving south-east across northern and central areas of the UK.

London is forecast to experience 26C on Friday, while 23C is predicted for Cardiff, 20C in Belfast and 19C in Edinburgh, according to the Met Office.

Saturday is also set to start with overcast skies and scattered showers in northern areas, before turning dry across the nation as the extreme heat moves in.

During the peak of the heatwave on Tuesday, 36C is predicted in the capital, 28C in Cardiff, 26C in Belfast and 25C in Edinburgh.

Cabinet Office minister Kit Malthouse has said the Government is preparing for a “surto” in demand on a number of services. 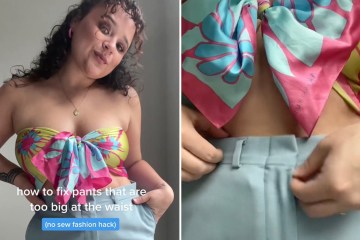 After chairing a meeting of the Cobra civil contingencies committee in Whitehall, Mr Malthouse urged the public to look out for people who were particularly vulnerable in the heat.

The company said that weekend services may be cancelled at short notice while journeys on Monday and Tuesday will be subject to amended timetables.