FIZ Stape and Tyrone Dobbs have been trying to stop a book from being published with Adam Barlow’s help.

Egter, Kroningsstraat viewers were distracted from the storyline last night and had plenty to say about the solicitor’s hair.

After standing on the side-lines, away from the ups and downs of life in the cobbles, Adam (gespeel deur Sam Robertson) was back on the forefront last night.

Adam broke some terrible news for the couple during Wednesday’s trip to Weatherfield.

He revealed they’d need to pay a hefty amount of money to take the publisher of the book to court. 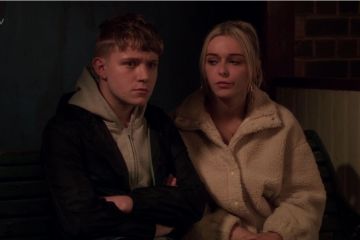 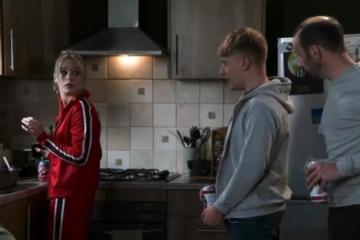 Maar ITV viewers jumped on to Twitter to talk about Adam’s appearance.

Soap fans noticed the solicitor’s hair had dramatically grown since he was last in the spotlight – but they weren’t fully convinced by his new look.

“Has Adam put enough gel in his hair?”, one of them penned while another echoed: “Adam’s hair is now solid.”

A third unsatisfied viewer chimed in: “O my God, please cut Adam Barlow’s hair! It looks like he’s dipped his head in a chip pan.”

One final viewer commented: “Adam must have used the whole jar of gel.”

During his appearance on our screens, Adam told Fiz and Tyrone he’d spoken to a libel barrister who was ready to take on their case.

Sadly for the struggling couple, who already have children to take care of, they were told their costs alone would be £100k.

To make matters worse, they had no guarantee of winning the case.

Fiz and Tyrone had no other choice but to accept their fate and tell Hope (Isabella Flanagan) the book would be published after all.

The Corrie mechanic made things even harder for the whole family by attacking the journalist responsible for the book in earlier scenes of the Manchester-based drama.

Due to Tyrone’s outburst, the book’s release date was pushed forward.

How will they cope?