A BRAWL erupted in a queue outside a whisky shop after punters got into an argument over who was first.

Dozens waited overnight for rare bottles of Springbank scotch before several latecomers pushed in as the shop opened.

The fracas saw whisky fans in a slanging match and a man was later thrown out of the shop in Marylebone, London.

A crowd had queued outside Cadenhead’s Whisky to bag a £60 limited edition single malt – with proceeds donated to Ukraine.

Police arrested a man for breach of the peace.

A whisky fan said: “It was pretty ugly, we were immediately behind the group who pushed in and watched it play out. 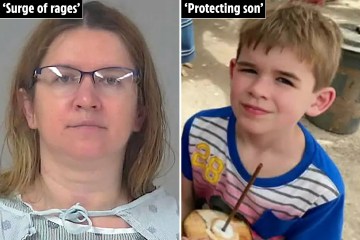 “Police turned up twice, second time to physically eject one of them from the shop, which turned into an arrest in the street.

“Nobody had got in for about 40 minutes while those guys refused to budge.

“The staff held their nerve well, given the circumstances.”

Just 500 bottles of the Ukraine charity bottle, in vibrant blue and yellow colours, were released from the Springbank distillery.

The whisky brand is popular among collectors who purchase the scotch as an investment.

Bottles are flogged at auction and have sold for over £2,500.

A spokesman for the Metropolitan Police said: “Police were called at 14:05hrs on Saturday, 2 April to reports of a man refusing to leave a commercial premises in Chiltern Street, W1.

“Officers engaged with the man, aged in his 20s, and lawfully ejected him from the premises.

“Once outside he was abusive to one of the officers and was subsequently arrested on suspicion of breach of the peace.

“He was searched and was found in possession of a Class B drug (cannabis).

“He was de-arrested for breach of the peace and was given a community resolution for the possession of cannabis.”