GOOD Morning Britain viewers were left in shock when guest Alexander Armstrong revealed he turned down the chance to host Countdown.

O Sem sentido presenter made the shock admission on the ITV breakfast programme in a chat with hosts Adil Ray e Charlotte Hawkins leaving them stunned.

Alexander admitted he had been approached to present the popular Canal 4 programme but ultimately felt it was not the perfect fit.

Opening up on the potential hosting gig, Alexander said: “I did turn down Countdown. I took it very seriously – well it’s a job, I take everything seriously that I am offered.”

The star admitted he had got used to the unconventional way he hosts Pointless and felt he would have less free reign should he take up the offer to host on Contagem regressiva.

Ele continuou: “I felt Countdown was a very revered format and I got the sense that there wasn’t going to be a lot of leeway to muck about with it and Pointless is all mucking about really. 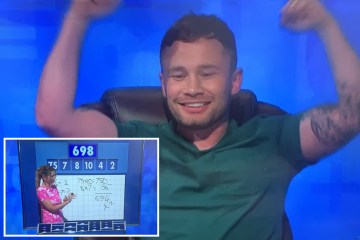 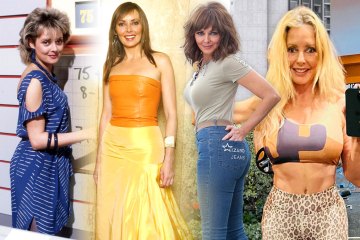 “I wouldn’t have been able to do both. Pointless was my little treat for saying no to Countdown, but it was a really tough call because they were such nice people and I love Countdown.

Countdown made household names of Carol Vorderman e Rachel Riley and was most recently fronted by former host of The Weakest Link, Anne Robinson.

Elsewhere in the chat, Alexander spoke of the shock departure of his Pointless co-star Richard Osman following more than 12 years on the show together.

The popular programme made it’s debut in 2009 sobre BBC One.

He told the hosts: “Richard has had to put more time into being a global, best-selling author. He’s still around, he does the Saturday shows – I still get to see my old friend.”