ارسنال are interested in a move for the Italian defender.

ميكيل أرتيتا had been keen on recruiting Dimarco to act as cover for Tierney.

لكن Inter’s £20m price-tag is beyond Arsenal’s budget for a player who would not start week in, week out. 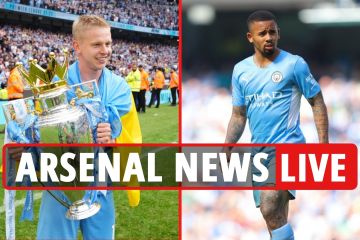