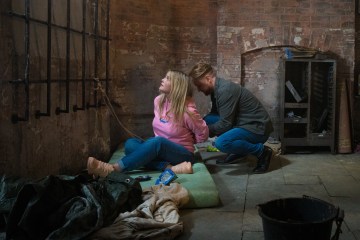 Plus tard, at No.8, Stephen calls the hotel to pay the deposit over the phone – using a card belonging to a Mrs Gabrielle Reid.

Plus récemment, Stephen gave a statement to the local Weatherfield police against Kevin Webster after the mechanic smashed up his car.

What has Stephen been up to with his money and, plus important, where does it all really come from?