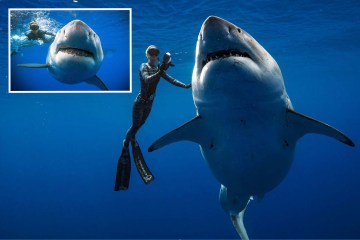 Il ajouta; “I have quite a few tiger sharks over the ten-foot mark and even more over the nine foot, but nothing over 12.