BRADLEY Walsh ‘ended’ Blankety Blank just moments into the latest episode after a ‘beautiful’ contestant made an almighty blunder.

Bradley, 62, looked horrified when stunning Irish contestant India make a shocking confession during her first question on the quiz show.

The October 29th episode almost came to a crashing halt when Bradley then jokingly threatened to end the show early.

India, who was dubbed as “beautiful” by viewers on twitter, made a gaffe when she admitted she didn’t know what a marrow or a fete were.

It came after Bradley read her her first question of the game, saying: “Ed Gamble is the top judge this year at my local village fete, I showed him my huge marrow and he said ‘I’ll stop you there, we’re not judging vegetables this year, we’re judging the biggest [BLANK] instead’.”

A confused India shrugged her shoulders, put her hands in the air and asked: “What’s a fete and what’s a marrow?” 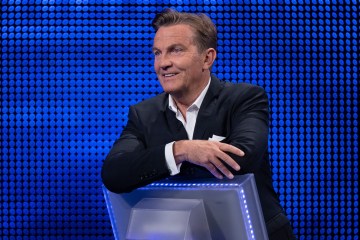 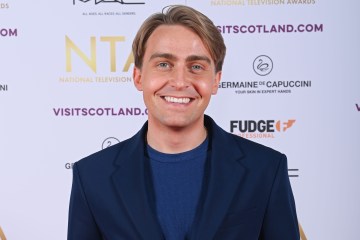 “That’s it for tonight ladies and gentlemen, news is up next,” deadpanned Bradley as he stared into the camera incredulously.

He then good-naturedly explained the definition of these well-known terms to the contestant.

The celebs playing the game were in hysterics, with Ed Gamble shown laughing and clapping.

Naturally, fans of the show found the moment hilarious too and quickly took to social media.

One shocked viewer asked: “How old is India to not know what a fete or a marrow oh my god I’m 27 and I know.”

“Bless her,” commented another.

Others were more distracted by her beauty than her lack of vegetable knowledge.

“#BlanketyBlank the most attractive people usually make it to the supermatch.” wrote an admirer.