A WOMAN has died of her injuries after a block of flats exploded in Jersey, bringing the death toll to ten.

Kathleen McGinness passed away in hospital on Christmas Day after being hurt in the blast in St Hellier earlier this month, Jersey Police confirmed.

The suspected gas explosion ripped through the building in the island’s capital on December 10.

Ms McGinness, 73, is the tenth confirmed death due to the blast.

Police named seven of the other nine victims, while the names of two were withheld at the request of their families. 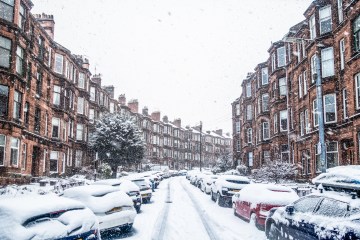 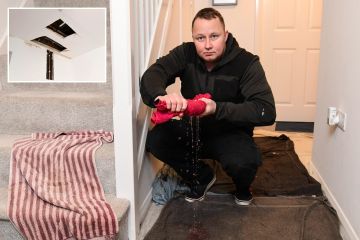 A statement from Robin Smith, Jersey’s Chief of Police, قالت: “I am in the incredibly sad position of confirming another fatality linked to Haut du Mont.

“Kathleen (Kathy) McGinness, 73, who lived at Haut du Mont in an adjacent building to the one which collapsed, passed away in Jersey General Hospital on Christmas Day.

“She had been admitted to hospital following the incident at Pier Road.”

He confirmed that Ms McGinness’ family were being supported by specialist officers and offered them condolences on behalf of the force.

أضاف: “This incident has been incredibly challenging for everyone involved and I would like to praise the families for their stoicism in the face of such tragic circumstances.

“The island is rightly behind them and on-hand to support, but first and foremost we are there together to give them their privacy and time to grieve.”

The cause of the explosion is not currently known, but Chief Officer Smith has previously said that a gas explosion “looks likely”

هو قال: “You look at the pictures and I’m no expert, I look to the left (the fire chief) for the expertise who can say it looks likely that that is the case.

“لكن, بالتاكيد, as you often hear the police service saying, we keep all our options open. That seems likely but we do not know is the simple answer.”