FIREFIGHTERS had to rescue a moose from a house after it fell into a basement bedroom.

The 35st calf had been grazing near the property when it fell down a hole created to let light into the underground room.

Its back legs were believed to have fallen into the window well first before the rest of its body followed. The moose then tumbled through the window itself.

Seven firefighters, three biologists and two wildlife troopers were involved in the rescue in Soldotna, ألاسكا.

The beast was sedated before being carried out on a stretcher. 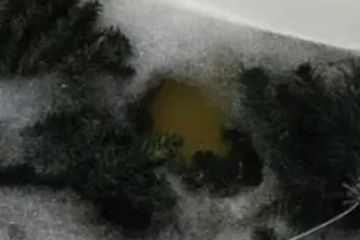 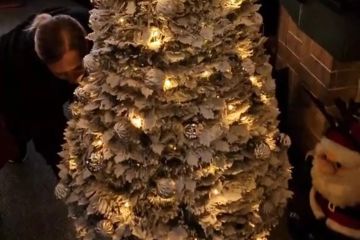 Firefighter Gunnar Romatz said: “Like any curious human being, كنت ك, ‘Oh my gosh, I really want to be there for this because there’s no way anybody’s gonna believe this. I can’t even believe it.”

Joseph Morris, of Alaska Wildlife Troopers, said it was a successful rescue with no serious injuries to man or beast and the moose ran back into the woods shortly after.

Mr Morris added that such events are not that rare, ­especially as the طقس ­gets colder and moose are looking for food.