WEATHERFIELD businesswoman Debbie Webster is trying to claw herself out of her financial issues.

But she issues a stern warning when Leanne Basttersby tries to thwart her efforts next week in Coronation Street.

The entrepreneur portrayed by Sue Devaney has been edging closer to bankruptcy since Ed Bailey was hurt in one of her hotels.

In recent scenes of the Manchester-based drama, and after attempting insurance fraud to get the cash she needed, Debbie came to the realisation she needed to make some sacrifices.

She has decided to sell her share of the Bistro – but Leanne and her other half Nick Tilsley (respectively played by Jane Danson and Ben Price) aren’t as ready to let the business go.

In scenes due to air on ITV, Debbie shows Lynne, a potential buyer, around the restaurant. 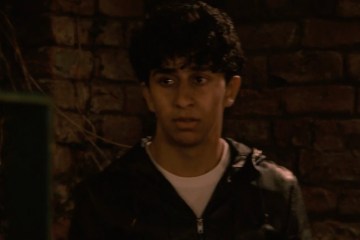 Meanwhile, Leanne goes above and beyond to sabotage the sale but her actions will have some harsh consequences.

When Debbie finds out what Leanne has been up to, she tells her and Nick that she’ll force the sale of the whole bistro if she has to.

How will the couple react?

EYE FOR AN EYE

As mentioned above, Nick and Leanne were informed by Debbie that she wanted to sell her share of the Bistro.

They were left with a week to make her an offer but realised they weren’t in the best financial position to suggest anything.

Despite this, the pair made a poxy offer to a desperate Debbie who considered accepting it.

But with the help of Ronnie Bailey, Debbie realised she’d find it hard to sell half of her business.

She took things to another level for Leanne and Nick when she suggested they should sell their own share in the process – but the both of them refuse to leave the Bistro under a new ownership.

Aside from their business worries, trouble is in the cards for the couple in the form of a murderous Harvey Gaskell.

As spoilers have confirmed, Nick allows an eager Sam Blakeman to pay the criminal a visit behind bars.

The young boy has insisted on keeping in touch with Harvey with letters in the hopes of getting answers about his mother’s death.

But could Harvey use this to his advantage?