A BITE from a dog left a vegan so furious with animals he went to McDonald’s for instant revenge.

Mariano de la Canal said he immediately changed his eating habits and found himself in the burger chain “automatically” after the attack.

It’s not clear at this stage if his conversion to meat will affect his future career.

“I stopped being a vegan because a dog bit me, so I got angry and said: ‘I’m campaigning for the animals, and then one of them comes and bites me’,” he told Infobae.

“That’s when I stopped being a vegan.” 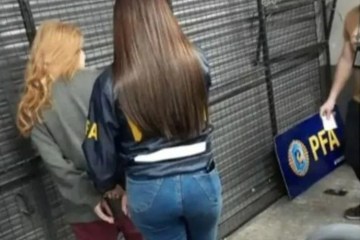 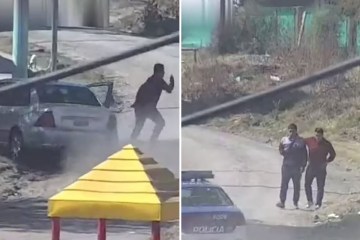 “The truth is that I campaigned for all that, veganism, vegetarianism, all that.

“But a dog bit me on the street and I said: 'Wow, I’m trying a lot for them and one of their pack comes and bites me’.

“So no, I went to McDonald’s, automatically.”

The influencer first became famous after appearing on the reality TV show Showmatch.

He is also an avid fan of Argentine actress, model and wife of footballer Mauro Icardi, Wanda Nara,

Garçon, 1, died of dehydration after being trapped in home when mum dropped dead

Showmatch is an Argentine entertainment and dance show in which the audience decides if the participants stay or get the boot.

Mariano might have found what he was looking for in McDonald’s.

The fast food giant now offers the McPlant burger to cater for vegans.

The new fast-food dish is made with a plant-based patty and the Vegetarian Society certified it as an approved vegan product.