後で, the drunk stags were laughing in the middle of the village and Jimmy came in carrying Billy in a wheelbarrow who was wearing nothing but a sack. 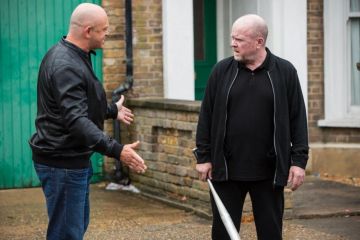 彼女は言いました: “She [Harriet] is getting wrapped up in Will’s life, a little too much than she should be. That has an impact on his upcoming nuptials.