MASSIMILIANO ALLEGRI has claimed that he was kicked by an Inter Milan staff member during Wednesday’s Coppa Italia final.

Juventus suffered a 4-2 defeat to the Black and Blues on the night.

The score was 2-2 depois de 90 minutos, mas Ivan Perisic scored a brace in extra time to secure the silverware.

Tensions were running high on the sidelines throughout, with Allegri looking visibly frustrated.

The Juventus boss eventually snapped in the latter stages of the game after an altercation with one of Simone Inzaghi’s assistants Mario Cecchi.

The clash saw him get sent off. 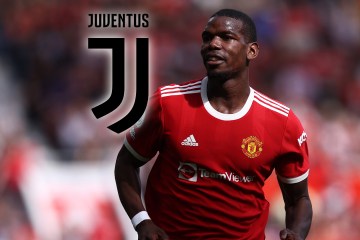 But he has since revealed that he was reacting to being KICKED by Cecchi.

When speaking to Sport Mediaset as per Football Italia, ele disse: “Someone from Inter walked past and kicked me.

“I got angry and quite rightly the referee sent me off.

“Finding out what happened changes nothing. We just have to congratulate Inter for winning.”

Footage of the altercation shows Cecchi brushing past the Juventus manager, but there is barely a visible kick.

And the Inter assistant appeared to apologise straight after.

Juventus have failed to win any silverware this year.

They currently sit fourth in the Serie A tabela, 12 points adrift of league leaders AC Milan.