Millie shared a series of snaps on her Instagram story, showing her with Corrie legend Samia Longchambon and Gary Windass actor Mikey North. 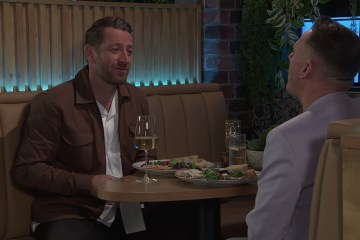