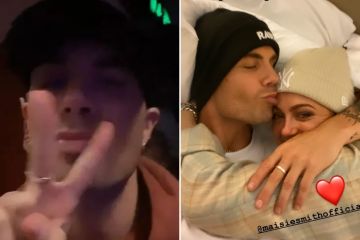 The pair met during their stint on Kom streng dans in 2020.