NO wonder Labour have no policies worth mentioning when they devote every moment to whether wine and cake were illicitly consumed in Downing Street two years ago.

With an election in 2024, they should already be selling their ideas for the future of our country.

Instead they are cock-a-hoop to be able to obsess for months more over the THIRD paralysing Partygate probe they have now secured.

If they can nail Boris Johnson for “lying”, which means proving he knowingly misled MPs, they will be as overjoyed as if they had won an election.

Why? Because they are now the party not of working people but of vengeful Twitter-addicted Remainers.

Ousting Boris is as important to them as retaking power. More so, for many. 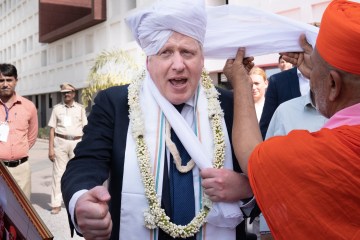 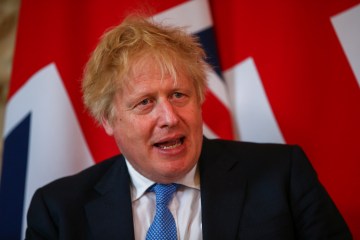 And a growing band of Tory MPs are so exhausted by the barrage, and the headless-chicken antics of No10 and its whips, they are hoisting the white flag.

We agree those parties were wrong.

But remember what Labour’s pious hysteria is mostly about: Snatching Remainer victory from the jaws of defeat by removing Brexit’s talisman.

How else does it make sense?

Donald, your delusion the 2020 election was rigged makes you look bonkers

With each self-obsessed utterance, Harry inflicts more pain on his family

If Boris is as discredited as Labour claim, he’ll be a doddle to beat. Why not let voters deal with him?

Unless it’s about compromising Brexit now, before it’s finally too late.

IF snowflake civil servants are too woke to enact the Rwanda migrants policy, let them leave or be sacked. Thousands of bright young people would love their jobs.

The mutiny in the Home Office shines a light on a left-wing, europhile Whitehall workforce hell-bent on crippling the Brexit-backing Government.

They express “shame” at sending illegal migrants to Rwanda and plot ways to thwart it. But the public, sick of the border cheats, backs the scheme.

Civil servants ignore that they exist to put the elected Government’s plans into effect. Result? A paralysis of the machinery of state, now  a national crisis.

Here’s a solution for the malcontents: Move to left-wing Denmark.

Only trouble is, it is currently negotiating a Rwanda deal just like Britain’s.

HOW many more kids must be tortured and murdered before the lethal incompetence of police and social services is put right?

Innocent victims not just of vicious sadists but of the serial blunders by officials tasked with keeping them safe.

How can so many dismiss obvious signs of abuse . . . and be so easily duped by monsters covering it up?

We’re sick of hearing that lessons will be learned. When?