A HUGE exhibition to celebrate Brexit Britain is being probed by the spending watchdog after spaffing £120million of taxpayer cash – and flopping spectacularly.

فقط 238,000 visitors have gone to see the Government’s “Unboxed Festival” despite the original stretch target of 66million.

Now the National Audit Office has agreed to النواب’ calls to investigate the “irresponsible use of public money” and will publish a cost-benefit analysis later this year.

Evoking the 1951 Festival of Britain, the idea was unveiled in 2018 بواسطة Theresa May to showcase the “creativity across all four nations of the المملكة المتحدة".

It quickly became dubbed the “Festival of بريكسي“, which the project’s director Martin Green admitted was “مؤسف”.

But after tanking spectacularly the Commons Culture Committee slammed the “unadulterated shambles” that led to a colossal waste of taxpayer funds. 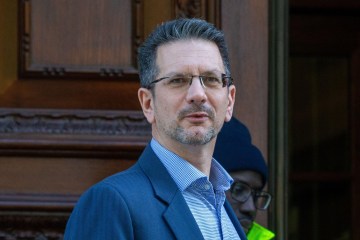 Tory chair Julian Knight said: “That such an exorbitant amount of public cash has been spent on a so-called celebration of creativity that has barely failed to register in the public consciousness raises serious red flags about how the project has been managed from conception through to delivery.

“The NAO’s investigation will bring welcome and thorough scrutiny and help get to the bottom of how so much tax-payer money could be frittered away for so little return.”

Auditor General Gareth Davis said his independent body will probe the “management as a programme including accountabilities and decision-making processes, and planning work undertaken, including forecasting of visitor numbers”.