But moments after the ‘mortified’ bride flees the dancefloor in, Sydney Australia, Adam stacks it – dislocating his elbow. 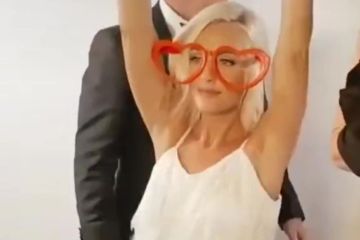 She told Aussie site 7News: “He came out to me and he was as white as a ghost.