Photographer Nino Lo Giudice, who snapped several shots of the spectacle, 说: “The photos were taken from a six level apartment rooftop in New Farm. 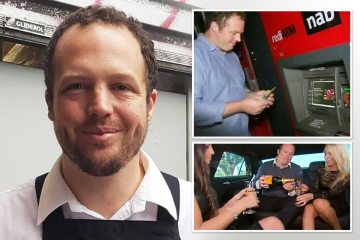