Lame duck PM بوريس جونسون even said he would spare the firms further taxes if it were up to him.

However bosses were warned that massive الفواتير would ultimately ruin the industry if ordinary people cannot pay up. 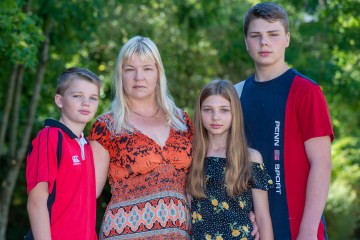 Speaking afterwards, Mr Johnson said: “We know that this will be a difficult winter for people across the UK, which is why we are doing everything we can to support them and must continue to do so.

But cabinet minister Mark Spencer, who backs ريشي سوناك for the next Tory leader, said there warned there would be a tax grab from them if the ex-Chancellor gets the keys to No10.

فيكتوريا, من ليدز, is £600 in debt to her supplier, but has already had to reduce her payments.

قالت: “I already run around switching everything off at the socket. We’ve not felt the full impact yet, but in a couple of months it’s going to be a nightmare.”