Sie sagte: “It’s a difficult time for me and the family. I don’t actually live in the marital home anymore and it’s got nothing to do with the latest incident over the pictures.” 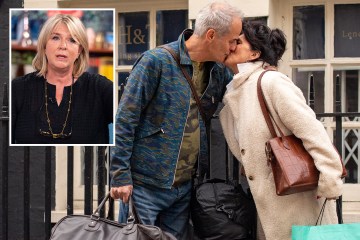 Gleichzeitig, Fern suggested it is “easier to forgive your enemies than your friends” in a Twitter Post.

Lorraine’s husband Simon, when asked about the snaps in The Sun, sagte: “I don’t know when I’ll be in a position to speak to my wife about them.