URGENT help for families in cost of living hell is coming – but ministers snuffed out hopes of sweeping cash support.

Michael Gove said the Government would be saying more “in the days to come” about plans to cushion the price rise onslaught.

The Levelling Up Secretary however rejected calls for an emergency budget and tweaks to corporation tax and VAT.

Boris Johnson yesterday fuelled speculation an emergency Budget was on the cards to potentially cut taxes.

He told MPs: “We will continue to use all our ingenuity and compassion for as long as it takes and the chancellor and I will be saying more about this in the days to come.”

But Levelling Up Secretary Mr Gove this morning said the PM’s remarks were “overinterpreted”. 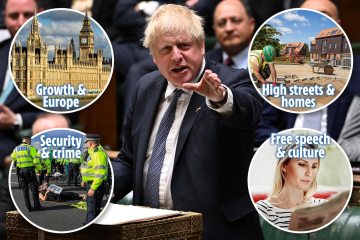 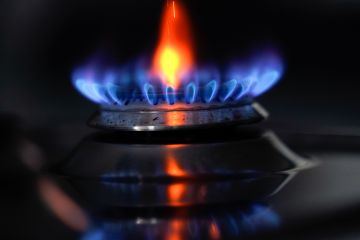 Gas & electricity bills will go up by ANOTHER £1k this winter, warns energy firm

He said: “There won’t be an emergency budget. It is sometimes the case that the words from a prime minister or minister are overinterpreted.

“The Prime Minister is right. We will be saying more and doing more in order to help people with the cost-of-living challenge we face at the moment, but that doesn’t amount to an emergency budget. It is part of the work of government.”

Critics slammed yesterday’s Queen’s Speech for failing to offer any short-term fixes to the cost of living crisis.

I pay my kids to go away so I can have hour-long sex sessions, says Caprice

Despite insisting that tackling the storm was his “number one priority”, Mr Johnson warned against splashing more cash.

He said doling out more money and racking up more debt would only scar the economy in the long run.

And in a cold dose of reality he warned: “No government can realistically shield everyone from the impact.”

Cabinet plans to help combat the squeeze are instead believed to be non-cash measures, such as raising the childcare ratio to bring down costs.

Mr Johnson is taking his top team on an away-day in Staffordshire tomorrow to fine-tune the ideas before announcing them.