SACKED Trade Minister Conor Burns hit out at Tory whips today, accusing them of suspending him from the party without a proper explanation.

Following the alleged incident, Chief Whip Wendy Morton also removed the whip from the ex-minister, who now sits as an independent MP.

This afternoon Mr Burns lambasted his treatment by the party.

From the doorstep of his home in Bournemouth the MP told Channel 4: “We used to live in a country where the rule of law, natural justice and a process took place.”

The BBC reported that the MP allegedly touched the young man’s thigh. 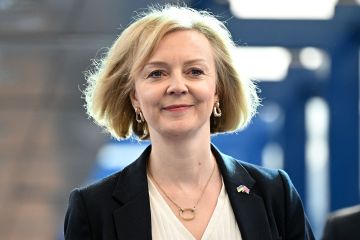 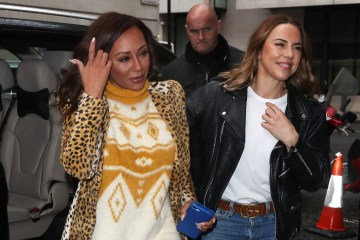 The shamed MP told Channel 4: “I still have not been told by the party the nature of the allegations or the timeframe for me to engage in the enquiry.

Mr Burns added that he’s been “overwhelmed by the support from my colleagues”.

He claimed fellow Tories find it “beyond strange” the whip was withdrawn.

Not long after Mr Burns had the whip suspended, Spice Girl Mel B revealed she was left shaken by a remark from the MP.

The pair met in a lift at Tory conference, where Mel was speaking at a Sun panel event on domestic abuse.

One bystander who witnessed the shamed MP’s comment told The Sun: “Conor’s comment was extremely inappropriate, and Mel was visibly shocked.

“You could see she was really creeped out by what he said.”

Mr Burns is understood to be in line for a knighthood from pal Boris Johnson as part of his resignation honours.

A Conservative Party spokesman said: “A complaint has been referred to us from the whips office. We do not comment on ongoing investigations.”