LOVE Islander Antigoni Buxton revealed Adam Collard followed her on Instagram after sending her a flirty message before joining the ITV2 show as a bombshell.

The singer, who was dumped from the villa two weeks ago, said she was shocked when she saw the notification after returning to London from the telly villa.

Speaking to OK! Antigoni, 26, said: “There was a photo of me on my friend’s Instagram the other day. And he replied to it calling me fit and then followed me!”

Antigoni was voted out by her co-stars alongside Charlie after they landed in the bottom of the public vote with Tasha, Andrew, Danica, and Jay.

Adam swooped on Paige Thorne after Jacques O’Neill left the villa, but Antigoni thinks the Welsh paramedic will reconnect with Jacques on the outside. 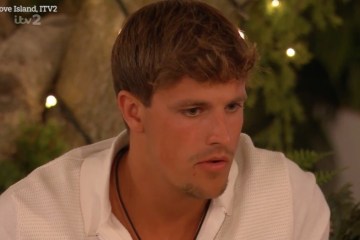 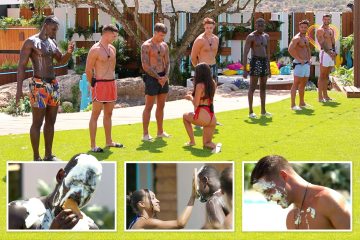 She added: “I do think that Jacques has got Paige’s heart.

“She’ll entertain Adam because she’s such a flirt.

“But you can tell she’s got something special with Jacques, so I think she’ll stick with him.”

In an emotional interview with the Sun on Sunday, Jacques, 23, revealed he left the villa to work on his mental health.

He said: “I was ready to break down.

TOO HOT TO HANDLE

“I was feeling so mentally drained, I just wanted to go home and get myself right.

“It broke me and I was already broken. I was crying my eyes out. I couldn’t cope.”