It comes after camping friends Josh Williams, 17, and Ben Burns last week filmed what seemed to be a big cat feasting on a dead sheep at a nearby part of the beauty spot in ديربيشاير.

ميخائيل, who calls himself Novice Wild Camper عبر الانترنت, was alone in his tent at night in December when two unidentified noises came from the distance. 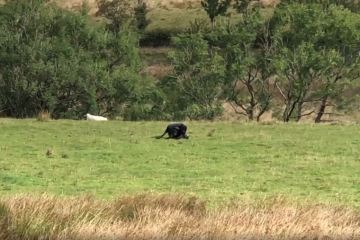 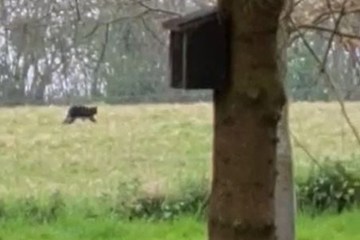 قالت Derbyshire Times: “It was terrifying when I heard it. I looked quickly out of my caravan and, because we have lights outside, I could see that it was a big, black wild cat.”

هو قال: “We were both confused when we first saw it.

هو قال: “I could tell we were both thinking the same thing as the day before, we were actually discussing the possibility of us running into a wild cat whilst on our trip.

أضاف: “We didn’t shut up about what we saw the entire way home, telling each other it can’t possibly be a wild cat.