The telly favourite wowed the crowds by fronting a dance troupe at London’s The O2.

He quit Gogglebox last year and said he didn’t want to be paid to sit on his “a**”.

The choreographer and dancer was a fixture on the show for six and a half years.

But Tom last night shared the stage with the likes of Lewis Capaldi and Sam Smith as he rallied the audience with a group of dancers.

He shared clips of the night on Instagram and joked: “Lewis Capaldi come over to say hi tonight. Pretty sure we’re best friends now. No pressure.” 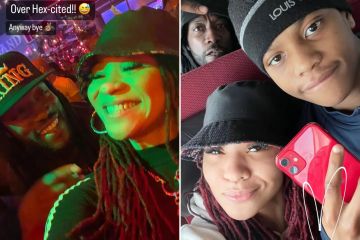 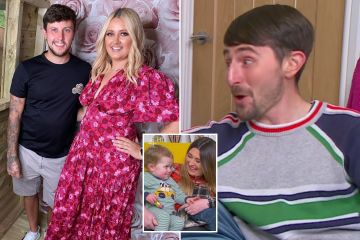 The pair were backstage at the Capital Jingle Bell Ball op daardie stadium, and Lewis could be seen spraying scents before getting started on the massage.

They engaged in conversation as the body rub got underway.

Lewis told Roman: “I went on tour with Sam Smith, natuurlik. They were really responsible… they have to look after their voice. Sam does like a two-hour show.”

Roman asked the Someone You Loved singer if he looked after his voice, to which he jokingly replied: “Nope. Before every gig, I get a massage like this.”

The bizarre interview saw Lewis wearing a black sweatshirt, and meanwhile a topless Roman showed off his many tattoos.

Roman told Lewis “that’s nice,” as the musician tickled him and rubbed his back.