NHS figures show more tumours than ever were diagnosed at stage one or two last year, when treatment is more likely to work.

Survival in the UK often ranks lower than European neighbours because we are slower to catch the disease.

But campaigns – including the “ديبورا جيمس effect” which saw the inspirational Sun writer urge people to get checked – have led to more patients coming forward early.

Dame Cally Palmer, سرطان director for England, قالت: “More people are being diagnosed at an early stage than ever before, giving patients and their families the best chance of a successful outcome. 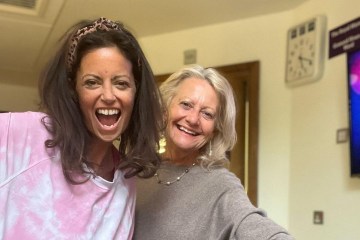 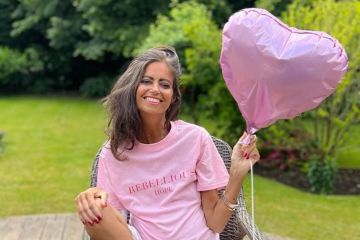 “We know fewer people came forward for cancer checks in the early stages of the جائحة, but we have caught up on those missing referrals thanks to the hard work of staff.

“We will not stop in our efforts to catch cancers earlier and save more lives.”

هي اضافت: “We are now diagnosing more patients with cancer at an earlier stage than ever before, and thanks to effective NHS campaigns and the brave and relentless work of people like Dame ديبورا جيمس, cancer has come to the forefront of national conversation.

“People often don’t feel comfortable speaking about their cancer symptoms, diagnosis and treatment, but Deborah bravely speaking out about her personal journey prompted thousands to check their symptoms and there is no doubt this has saved lives.

Nurses vote for STRIKE with walk-outs this winter – is your hospital affected?

“If you are concerned you may have symptoms of cancer, please come forward and get checked.”

Doctors have a better chance of curing tumours that are caught early on.

In stages one and two the cancer has not spread and can often be destroyed with surgery, chemo or radiotherapy.

By stages three and four, cancerous cells have spread to other parts of the body and are harder or impossible to wipe out.

Lung cancer patients have a 90 per cent chance of surviving at least a year if they are diagnosed at stage one, compared to just 21 per cent at stage four.

NHS bosses are increasing scanning capacity and urging worried Brits to come forward in a bid to boost early diagnosis.

Campaigns, including efforts by Sun columnist Dame Debs who died of bowel cancer in June, have also increased testing.

Total cancer tests were up by 471,233 between March and August this year compared to the same period in 2019.

NHS clinical director for cancer, Professor Peter Johnson, قالت: “Lives are saved when cancers are caught early and when more people are referred for tests.

“That is why the NHS has put so much effort into early diagnosis in recent years.

“We know that some people were worried about coming for tests during the pandemic but if you do have any worrying symptoms, please do contact your GP and get checked out.”