THIS is the spine-tingling moment ‘God Save The King’ raised the roof of St Paul’s Cathedral for the first time in seven decades as King Charles III ascended to the throne.

Thousands belted out the King’s version of the national anthem – written in 1745 – during a service in London to honour الملكة.

Her Majesty passed away “peacefully” on Thursday at Balmoral with her family at her bedside – ending a historic 70 year reign.

The Queen’s “long life spent in the service of this country“, love for her family and commitment to duty was honoured with tonight’s service of prayer and reflection.

Members of the public had to queue to get their hands on a limited 2,000 wristbands to attend – these ran out in just three hours.

But the service was broadcast live on BBC One from 6pm for those who could not attend. 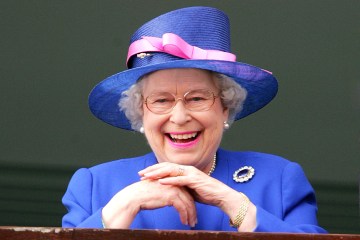 Racing world unites to mourn and pay tribute to The Queen 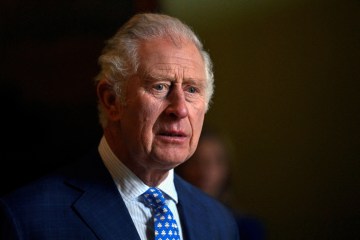 Members of the Royal Family were not in attendance.

But King Charles III’s first speech as King to the nation was broadcast into St Paul’s and to people across the world.

فيه, he encouraged those mourning The Queen’s death to “draw strength from the light of her example”.

And in a touching personal message to his late mother, The King said: “And to my darling Mama, as you begin your last great journey to join my dear late Papa, I want simply to say this: امتناني لكل واحد منكم لا يموت”

His Majesty went on: “Thank you for your love and devotion to our family and to the family of nations you have served so diligently all these years.

“May flights of Angels sing thee to thy rest.”

A picture of The Queen, beaming in a blue outfit, sat beside her son, 73, as he made his maiden speech as King.

The service saw Dean Designate Andrew Tremlett give thanks for the Queen’s “devotion to all her people”.

As part of the service, Dame Sarah Mullally, Bishop of London, as Dean of the Chapels Royal, delivered the address.

And the Archbishop of Canterbury, Justin Welby, delivered the blessing.

Among the well-wishers was Prime Minister Liz Truss, who gave a Bible reading from Romans 14.7-12.

Towards the end of the service, a lone piper played a rousing rendition of ‘Floo’ers o’ the Forest’ as he marched down the aisle in St Paul’s.

The congregation then sung ‘God Save The King’ as the final hymn to close the service.

As well as “ملكة” changing to “ملك”, “her victorious” has been swapped with “him victorious” to mark King Charles III taking over as the new monarch.

It is unknown who the author of the tune is but it has sometimes been attributed to the composer John Bull.

‘God Save The King’ is the national or royal anthem of 20 other countries and territories in The Commonwealth.

‘God Save The Queen’ was the national anthem since The Queen came to the throne in February 1952, following the death of her father George VI.

Giving thanks to the service of The Queen, Dean Designate said: “We remember her long life spent in the service of this country and of her Commonwealth realms around the world.