A GROUP of pals were left in stitches after a sheep broke into their Airbnb and took itself to bed.

Ed Hitchcock was staying with friends near Abergavenney, Wales, for a wedding when the wooly critter barged into the home.

The 23-year-old said the unwanted guest acted “aggressively” before scampering into the property and making itself at home.

The brazen beast even left the tourists a “present” on the carpet in the form of more than a dozen poos.

Ed, from London, said he and he pals found the experience “surreal” after swapping the city streets for the countryside.

He said: “The sheep first came up the driveway and stared at us for like 20 seconds. 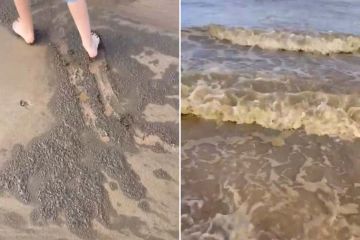 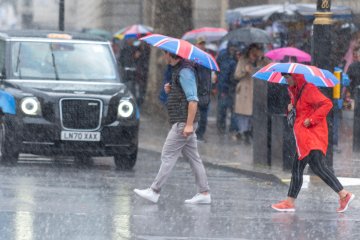 “It started approaching us aggressively and then it bolted into the house.

“When we went in we didn’t know where it had gone. It was eerily quiet and we couldn’t figure out where it was hiding.”

Ed said he “peered around the corner” of the bedroom – and to his shock the cheeky creature was “standing on the bed looking at us”.

He added: “My friend eventually plucked up the courage to go to the left of the bed and the sheep came running out and finally made its way out the door as it figured out the escape route.

“It was very surreal and we just didn’t know what to do. If you lived down there you could probably grab it but for us it was so unexpected, we had no idea what to do.”

Ed, who works in finance, said the hilarious tale did the rounds at the wedding – which left him and he friends feeling red-faced.

He said: “At the wedding the story quickly rippled throughout the party.

“It was deeply embarrassing, I told the guy whose wedding it was and he told all his family and friends.

“At the wedding all their Welsh friends kept coming up to us to get us to tell the story. It was super embarrassing but super memorable.”