DNA Journey fans have been left heartbroken after learning that Dancing On Ice star Christopher Dean’s mum walked out on him as a child.

The Olympic skating champ, 63, appeared on the ancestry show alongside his pro partner Jayne Torvill and spoke about the traumatic event.

Christopher, who did not have any siblings, said his mother Mavis left when he was six and without any warning.

Just one hour later, the star’s stepmother Betty turned up and moved into his family home – without any explanation.

Sitting outside the flat he grew up in, Christopher told Jayne: “I just remember seeing my mother leaving with a suitcase and getting into a car.

“I saw her from my bedroom window. I hadn’t been told she was going but I just remember her going. 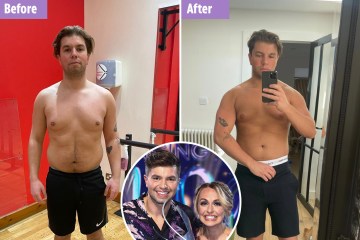 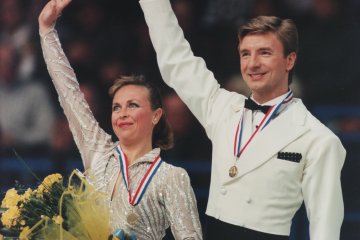 Find out if Jayne Torvill and Christopher Dean are married

An hour later, another car pulled up and it was my stepmum Betty.”

Jayne asked Christopher how old he was, to which he replied: “I think I was six.”

He added: “That was one of the days that I became my own little island, being self-sufficient.”

Years later, Chris managed to rebuild his relationship with his mum – and says she forever regretted her decision to leave.

“My mum regretted it every single day of her life but we did reconnect,” he continued.

“She came to watch Dancing On Ice every week. Whatever was happening on the ice, whenever I looked her way, she was only looking at me.

“I think there was a lot of sorrow that she missed out on so much.”

Viewers of DNA Journey were left saddened by Christopher’s story and shared their heartbreak on Twitter.

On tweeted: “Christopher’s story is a very sad #DNAJourney.”

Another added: “Feeling sad for Chris’s Mum. Sounds like she didn’t leave because she wanted to if ‘StepMum’ moved in the same day!”

A third simply wrote: “How sad is Chris’ back story? #DNAJourney.”

There were happier moments in the ITV show for Christopher, however.

He was delighted to be introduced to long-lost family members who are living in the US.