THE final trailer for Pokémon Scarlet and Pokémon Violet was revealed today, showing off two new Pokémon that will appear in the upcoming games.

Ed Sheeran’s Celestial plays over the trailer, a song Sheeran specifically wrote for the ninth generation.

Most of the trailer was a recap of previous announcements, including gym leaders, new Pokémon, and the new battle gimmick, Terastylization.

However, there were also two new Pokémon revealed, which gives hints at some of the game’s plot.

Not much has been revealed, except the Pokémon’s designs and names.

The two will be version-exclusive, with Great Tusk appearing in Scarlet, and Iron Treads appearing in Violet. 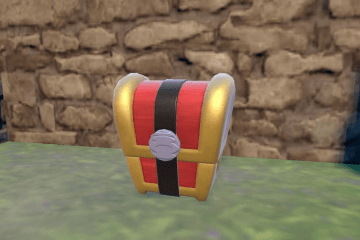 These two designs fit in with the past and future themes, and appear to be counterparts to each other.

Not only do they seem like past and future versions of the same Pokémon, but fans think they know the current Pokémon the two are based on.

With its large tusks, people believe that the two are versions of Donphan, an elephant-like ground-type Pokémon from Generation 2.

So far, five Pokémon based on Generation 2 designs have been revealed to appear in the game, alongside Generation 1’s Diglett look-alike Wiglett.

First, we saw a ground/poison-type Paldean form of Wooper. Next was Grafaiai, a monkey that paints similarly to Smeargle.

The final reveal before the two new ‘mons was a long-awaited evolution for Girafarig, called Farigiraf.

In this instance, the use of a number of Generation 2 Pokémon could be a hint towards a new game being announced based on the Johto region.

This would likely be a straight remake like HeartGold and SoulSilver was, or a new Let’s Go game.

Since the successful release of Pokémon Legends: Arceus, it could also be a game based on Johto’s past.