THERE is never a dull moment in Emmerdale and for Sam Dingle the drama just keeps on coming.

He has had a dramatic time in the Dales as of late following being impaled during the cow stampede that occurred during the 50th anniversary celebrations and things are not slowing down for Sam, played by James Hooton.

Despite being on the mend, his wayward son Samson has been causing him a whole lot of trouble after baby Esther’s arrival and it isn’t about to stop there.

As Amelia feels the pressure of caring for the baby, Lydia offers her a rest by saying baby Esther can spend some time at the Dingle household.

It is not long before Lydia is piling the pressure on Samson to step up and be a proper father after he previously declared he wanted nothing to do with the baby. 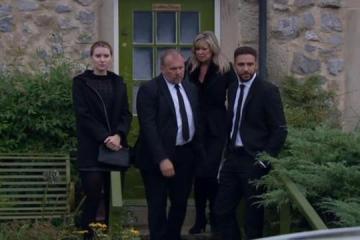 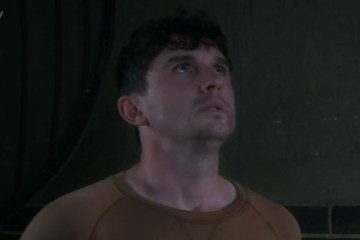 As Lydia hands Esther over, Samson is left fuming when he is left to hold her in his arms.

Out of spite, Samson suggests to Amelia they place Esther up for adoption.

Amelia is left aghast at Samson’s comments but he cruelly reminds her about when she planned to have a secret abortion in a bid to shake her.

As Amelia remains firm that she will bring up the baby, Samson stoops to a new low – phoning social services.

すぐに, a social worker is knocking on Dan and Amelia’s door revealing there has been a call of concern surrounding the tot’s welfare.

Furious that his son has sunk to a new depth, a gutted Sam pleads with Samson to step up to his fatherly duties.

He tells him about Alice’s death and how he had to grow up overnight to look after his son but Samson hits him with a comment that has more than just an emotional impact.

As Samson tells his father he wishes to never be anything like him, a crushed Sam finds all the recent events too much to take.

Will Sam be okay or has Samson’s words tipped an already injured Sam over the edge?