GEMMA Collins looked incredible as she showed off her shrinking figure while hitting the ski slopes.

Vroeër vandag Gemma, 41, revealed she’d jetted off for a trip to the Austrian Alps with Gareth Malone en Melvin Odoom to film for a new show.

Gemma stood with her back to the camera while looking over her shoulder.

She looked every inch the star in a pair of huge sunglasses and made sure to stand out in bright pink snow boots. 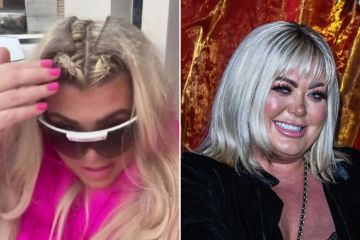 Gemma Collins shows off ‘real’ hair beneath extensions amid transformation 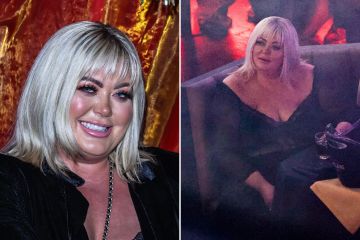 Previously Gemma gave fans a sneak peek at their filming project on her Instagram stories, as they headed to a hotel covered in snow.

“Good morning everyone,” sy het gese, turning the camera to her own face and showing off her long blonde locks and glam make-up.

“I am on the slopes, and it is absolutely beautiful here. I am just so excited – I hope you all love my coat, it’s pink!”

She went on to show off her large ski glasses as she headed out onto the slopes, panning round the chalets covered in snow.

“We are in the Austrian Alps and I am with the amazing Melvin,” Gemma continued as she filmed the presenter.

Gemma has been jetted out to Austria to film for Channel 4 show The Greatest Snowman, which aired last year on Christmas Eve.

Die kompetisie, which stars five celebrities, sees them compete in an epic snow sculpture challenge in the Alps.