BRITAIN’S Got Talent fans have complained their children were unable to sleep after watching the show’s terrifying witch last night.

The creepy crone, who stalked the panel handing out apples – one of which exploded in a shower of cockroaches – has been dubbed the series’ scariest act ever.

One viewer complained about the ITV show tweeting: “My kids just came back downstairs crying because they can’t sleep because of the witch.”

They added, alongside a shot of the character cackling: “Britain’s Got Talent done me dirty here!”

Another posted: “Glad that was shown after the watershed. Kids be pooping themselves. My 10 year old was behind a pillow.”

A third shuddered: “I have still got that in my head. Need to watch a other show before I go to bed.” 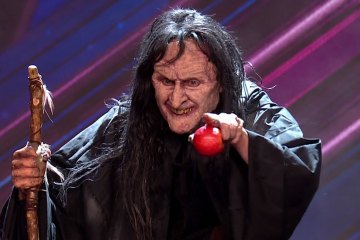 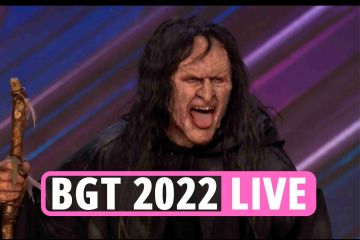 The act was so chilling it even scared the grown-ups on the show, with Alesha Dixon fleeing the judges’ desk insisting: “Disgusting. Oh I can’t.”

Ant and Dec, in relative safety in the wings, also looked freaked out with Declan Donnelly telling viewers: “I don’t like it.”

Simon Cowell called the act “horrific” – but despite the protests they voted it through to the next round with a unanimous four yeses.

The act began with the witch appearing on stage, stomping down the steps and handing out apples to each of the judges in turn.

I held Tom’s hand as he died….it was beautiful, reveals widow Kelsey Parker

The character’s true identity was not revealed, with the act captured only: “The Witch, age unknown.”

However, many viewers believe it was the work of the show’s master illusionist Marc Spelmann in a heavy disguise.

He has made two appearances on the show – once as himself and another as the mysterious masked character X back in 2019.