CORONATION Street fans are all saying the same thing after Jenny Connor got engaged after cheating with Stephen Reid.

The Rovers Return landlady – who is played by actress Sally Ann Matthews in the ITV soap – accepted Leo’s proposal just minutes after cheating on him with businessman Stephen.

She thought the pair were over, but unknown to her Rita and Gemma were convincing Leo to propose to her and take her to Canada with him.

However, a slightly drunk Jenny fell prey to Stephen after he made a move when he realised she owned the Rovers.

Interrupted by Gemma, Jenny just had enough time to usher him out before Leo arrived to pop the question.

Bursting into tears, Jenny said yes and the couple went to the Bistro to celebrate. 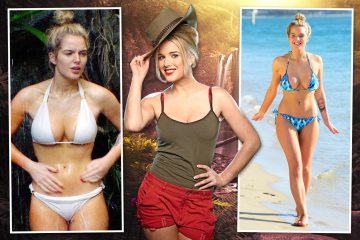 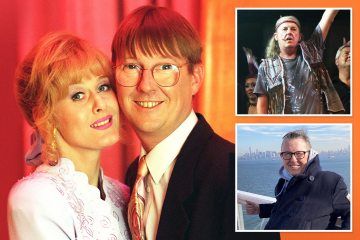 Back on the street, Sarah shouted her congratulations to Leo, who then told her about their plans to move to Canada.

And Sarah couldn’t resist gushing about her uncle Stephen’s many factories across the pond.

“Oh amazing, listen I’d love to pick your brain,” said Leo to Stephen before asking for his number.

In the Rovers Leo excitedly told Jenny: “Do you know Sarah’s uncle has businesses out in Toronto?

“He might be able to help us with finding work. He’s got contacts over there. Nice places to visit, places to eat, everything.

“He said he didn’t want to think of you all lost and discombobulated. I said the three of us should grab a drink before we go, I’ll see if he’s around tomorrow.”

Jenny looked terrified but fans are all saying the same thing about it all.

One wrote: “Two men in one day Jenny moves fast.”

Another added: “Jenny‘s sober again….time to reflect on her drunken stupor flirtation with Stephen.”