FANS of The Chase have all been left in agreement over a contestant called Sam – they are convinced he looks like an iconic film character.

Sam, 29, was seen trying his luck on Monday’s episode of the ITV1 game show before eventually beating Chaser Paul ‘Sinnerman’ Sinha to the prize pot.

But despite making it all the way, viewers were more focused on the quirky player’s uncanny resemblance to a comedy movie icon.

Fans were all in agreement that Sam looked just like Ace Ventura from the 1994 flick Ace Ventura: Pet Detective.

The character was played by Hollywood star Jim Carrey and famed for his catchphrase, “Alrighty, dann!”.

Auf Twitter, one Chase viewer shared a gif of Ace, Schreiben: “Is Sam on #TheChase cosplaying as Ace Ventura?” 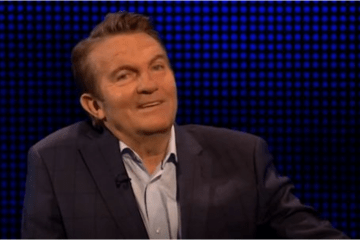 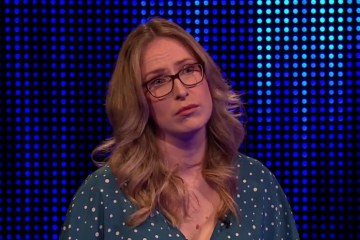 And a third made reference to bargain online marketplace Wish, chiming in: “Looks like Ace Ventura off Wish #thechase.”

The Chase’s Bradley Walsh was also quick to comment on Sam’s funky style, Sprichwort: “You look great. I love those shoes, Mann. They are really cool…full of style that really says something about you.”

Sam went on to tell the show’s host that he works as a senior sales consultant for a luxury jewellery company in Cardiff.

He then stunned Bradley by revealing what he likes to do to relax.

“I’m actually an aerialist with the circus,” Sam told him. “So I take an aerial hoop and suspend it from the ceiling and I just do acrobatics and tricks on that.”

Sam said he’d like to “hike the Inca Trail” if he won a large amount of prize money.

Although he did not scoop a huge amount, Sam’s dream may be about to come true.

He and fellow contestant Pauline managed to answer 17 questions correctly in the Final Chase, before beating Paul to the £2,000 prize pot.