GILLIAN McKeith has opened up about what it’s really like to take part in I’m a Celebrity.

The controversial campmate, 63, starred in the 2010 series and recently finished filming the All Stars edition, set to air next year.

You Are What You Eat Star Gillian caused a stir during her first time on the show.

Sie fainted twice during trials but was called out over her “theatrics” after viewers spotted her pulling down her top while supposedly unconscious.

Sie sagte: “I was hardly in camp as was doing trials every single day. What you don’t see if that when you go off to do a trial, you are out for hours. It takes nearly all day. 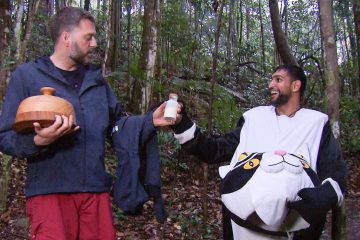 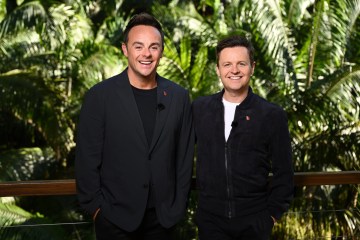 “They walk you for miles. I would be taken for a walk that would be going on for like an hour.

“It felt that way anyway, I didn’t have my watch, to get to the trial. You would not be allowed to speak to anyone, you could try speaking to the guards that would take you to the trial but they would never speak back ever. It felt very isolating.”

And Gillian claims that, even when campers arrive at the trial, Gastgeber Ameise McPartlin und Declan Donnelly aren’t very chatty until the cameras are rolling.

Sie fuhr fort: “Ant and Dec don’t talk to you off camera. You arrive for your trial, you will be briefed by producers so you know what’s going to happen

“Then you see Ant and Dec and then it’s already being filmed. I wish they would interact with you [off camera]. I wanted them too as I felt it would have helped me a bit more but they aren’t allowed to.

“They just give the instructions, you certainly aren’t shooting the breeze with Ant and Dec.”