Raquel usually co-hosts the show alongside Colin Murray, but as part of Countdown’s 40th birthday celebrations, it has been having a new guest host each week.

La semana pasada, Floella Benjamin took her place behind the desk, and this week, it was the turn of Richard Coles.

He started the show by recounting his memories of the first episode of the show, hosted by Richard Whiteley, before pointing out Rachel wasn’t even born then.

The camera then panned to Rachel who looked sensational in a pair of figure hugging berry coloured trousers, which she teamed with a clinging top in a similar shade.

The top featured a panel across her chest with a more sheer fabric on the neckline and arms. 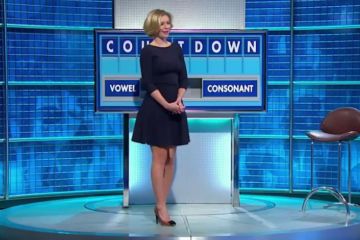 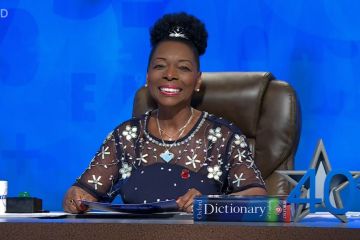 She completed the look with a pair of berry coloured high heels.

In response to Richard’s comment, ella dijo: “No I wasn’t, still wasn’t born…four years to come.”

Richard then asked if she remembered her first Countdown, she replied: “Oooph, I don’t remember my first one but I do remember I used to watch it after school with my little brother.

“So I’d get home from school, make myself a snack then 4.30 Countdown and the number round was always my favourite as you would expect really.”

Viewers were loving seeing both stars on the show today, con un escrito en Twitter: “Hi Rachel in no more then 1000 words can you tell me why are you so beautiful.”

Meanwhile another added: “Lovely to see @RevRichardColes
fitting in so well on #Countdown. I also see him slipping perfectly into #pointless’s revolving sidekick slot.”

Otro tuiteó: “What a pleasant surprise to switch on #Countdown and find @RevRichardColes presiding.”