COUNTRYFILE was slammed over a bizarre segment after viewers ‘fell asleep’ during tonight’s episode of the show.

This evening’s instalment of the BBC One programme was an art special which focused on the Green Space Dark Skies.

Presenter Matt Baker explained to viewers were going to be treated to 15 minutes of incredible visuals right at the end of the show.

However some watching at home weren’t very impressed with what was playing out on their screens. 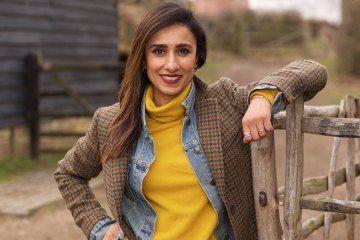 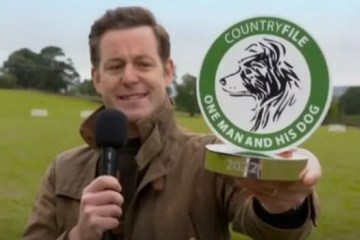 Countryfile viewers rage over lack of ‘inclusivity’ during special episode

One said on Twitter: “Goodness me @BBCCountryfile you aren’t half dragging this “light” stuff out…dreadful section…”

另一个质疑: “What in the name a holy f**k is happening on #countryfile. I dozed off and woke up. I though I was tripping.”

添加了第三个: “Jesus #countryfile are dragging this feature out!”

Meanwhile others loved tonight’s show and how much hard work was put into it.

“That light show was something else , fantastic andcwell done to those that took part,” 另一个补充.

A sixth said: “#Countryfile#Greenspaces#Darkskies was truly amazing to watch this evening Wow !!”

It comes after Countryfile sparked division among viewers after Matt made a return with the Man and His Dog special.

During last Sunday night’s episode of the BBC show, 马特 returned with this year’s coverage of the One Man and His Dog event.

The presenter met with four of the UK’s top handlers and their sheepdogs, who competed at the Bodfari course in front of judge Mike Northwood.

然而, 这 国家档案 special soon left viewers divided, and while some were loving the programme, others felt the title, ‘One Man and his Dog’, should have been more inclusive.

Taking to 推特, 一个人写的: “When will this awesome competition be called ‘One Person and their Dog’?”