SCHITT’S CREEK is a Canadian sitcom initially aired on the CBC.

En 2017, Netflix picked up Schitt’s Creek and has been streaming the show ever since.

Why is Schitt’s Creek leaving Netflix?

It is still unknown exactly when the comedy will leave Netflix.

“Based on the number of Schitt’s Creek GIFs we Slack every day, it’s no surprise that we are absolutely thrilled to welcome Johnny, Moira, Alexis, ‘Daviiid’ and the wonderfully unique residents of Schitt’s Creek to Hulu,” said Hulu President Joe Earley in a press release En abril 28, 2022. 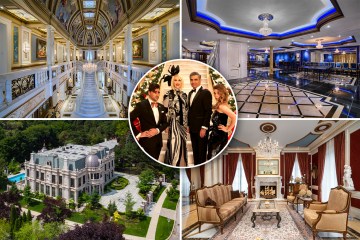 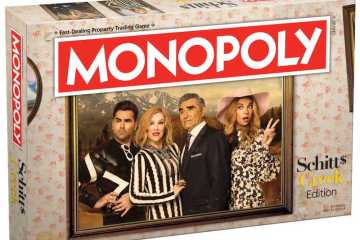 “We can’t wait to share the award-winning, blisteringly-funny, yet heartwarming series and characters with our subscribers,” Earley added.

“We know they’ll fit in nicely.”

What is Schitt’s Creek about?

Throughout six seasons, Schitt’s Creek followed the lives of the fictional Rose family – a group of extremely wealthy people who suddenly lose all of their money.

Parents Johnny (portrayed by Eugene Levy) and Moira (Catherine O’Hara) move to a small town they once purchased, Schitt’s Creek.

Are Eugene and Dan Levy related in real life?

Dan Levy is a Canadian filmmaker, actor, and comedian.

He is the son of Eugene Levy in both real life and the show Schitt’s Creek.

The duo is actually behind the show – they both wrote and produced the series, with Dan even directing a few episodes.