CHARLOTTE Crosby has revealed her dramatic new look since becoming a mum.

The Geordie Shore star has ditched her fake lashes and lip fillers for a more natural look.

Charlotte was out doing a power walk with her family as she charged ahead with her health lifestyle.

She’s been doing “blitz and burn” exercises to try and get rid of her baby weight.

The 32-year-old gave birth to her first tot with partner Jake Ankers in October, after sharing with fans that she was having a caesarian section.

She admitted feeling “embarrassed” by her body after being cruelly mum-shamed following her adorable baby girl Alba Jean’s arrival. 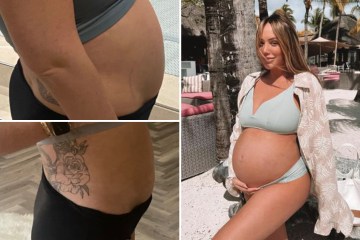 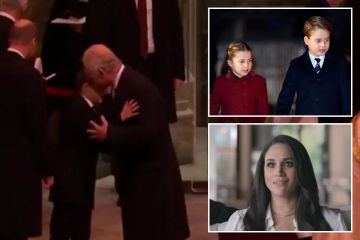 It spurred her on to action – and she shared side-profile shots of her figure taken at seven and 10 weeks post partum.

Charlotte said: “Woke up this morning feeling so good.

“Today will be exactly two weeks since exercising again walking and doing my @blitznburn.

She continued: “This is not a before and after pic!

“Just wanted to show a little bit of progress that I am over the moon with.

“I know a lot of people have been DM-ing me with their struggles getting back into exercise after giving birth.

“Honestly just wanted to say that by being consistent with mini workouts each day I’ve noticed the weight fall off my bum and legs.

“I still plan on carrying on with my little routine I’ve got going on now!

“Then an even bigger detox in Jan!”