CROWDS have been gathering outside Buckingham Palace, Windsor Castle and Balmoral after the death of the Queen was announced.

Mourners began converging at Buckingham Palace around 5pm as concerns about the monarch’s health began to mount and swelled after the sad news of her death emerged.

The flag at the palace was lowered to half-mast at 6.30pm as the news was announced.

As the news of Queen’s death was announced, many among the hundreds of people were gathered outside the gates began crying.

A crowd has also been gathering outside Windsor Castle, where a Union flag fluttering from one of the towers has been lowered to half-mast.

Mourners also converged on Balmoral, where Her Majesty died surrounded by members of the Royal Family. 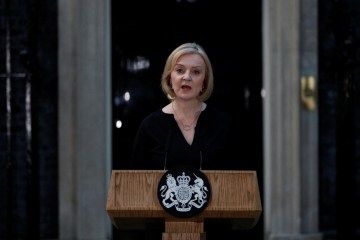 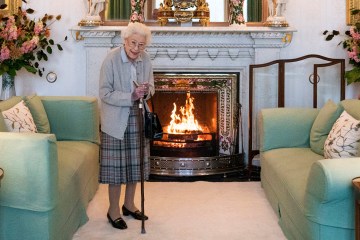 John Loughrey, 67, wept outside Buckingham Palace as he said he “can’t believe” the news and paid tribute to the “inspirational” Queen whose “duty always came first”.

“I met the Queen twice. I gave flowers to her. I can’t believe it,” Egli ha detto.

“She was inspirational. She served her duty – her duty always came first, her family next.

“She went downhill after the Duke of Edinburgh died. God save the Queen.”

Mr Loughrey said he would be camping near the palace for 10 days as a mark of respect for the Queen before lighting a candle for her at Westminster Abbey.

Floral tributes have started to be laid outside Windsor Castle to mourn the death of the Queen.

The crowds outside were so big that staff members returning to the castle struggled to drive through the main entrance.

Her passing comes after King Charles e principe William raced to be by the Queen’s side after doctors confirmed they were “concerned” for her health.

The UK was immediately plunged into a state of mourning, with plans for her funeral and a national day of remembrance to be announced in the coming days.

Charles, who will now be known as King Charles III, gave a sombre statement as he led the nation in mourning tonight.